This essay also appears in the issue “The Necessity of Including Embodiment and Lineage in Racial Justice Work” (Volume 6, Number 1). Click here to subscribe and download the entire issue.

How can we become conscious of the hidden story our bodies are telling with their every motion? While our words can speak falsehoods, the language of our body will not allow us to deny the truth. Movement has the capacity to unearth repressed memories and ancestral traumas that shape the way that our DNA is read and transcribed. Our stories are literally encoded in the way we move through the world—move through life. Movement and its symbology are the language of the subconscious. I became conscious about the repressed trauma that my body was carrying through the narrative I was expressing in my freestyle dance movement.

This question of how we become conscious of our body’s hidden story is the core inquiry of my dance company, Embodiment Project. In my study of movement, spoken word, and the human condition, I’ve learned that dance can speak, language can move, and bodies are walking vessels of history. Consider the way a loved one’s idiosyncratic gestures encapsulate the distinct quirks of who they truly are, or the way metaphors can hang in the air after they are spoken as though they are living, breathing beings.

In 2008, I established Embodiment Project using kinesthetic movement to energize and celebrate contemporary liberation movements such as Black Lives Matter, Restorative Justice, and Me Too. Our quest is to embody the movement within these movements.  We utilize concert dance as a platform to amplify the voices of organizers and movement leaders to truthfully represent their perspectives.  Dance evokes e-motion—energy in motion. Art propels us forward; it begs us to question. Embodiment Project is just that: energy in motion that supports these liberation movements not as a stationary structure but instead as a dynamic, emotive, cyclonic entity.

Embodiment Project explores real stories of sexual trauma, structural racism, and everyday prejudice to validate women, queer people, youth, and communities of color.  The company consists of nine core street dance artists, most of whom found their way to concert dance through freestyle battling and club/social dancing. I am committed to choreography as a tool to reclaim the healing capacity of street dance traditions, to initiate individuals into their power, and to connect with ancestral lines.

Our work questions the prevalent system of ideals that calls vulnerability and emotional expression weakness. Embodiment Project creates a space where these emotional intricacies can be mapped through the body and then materialized into form and flow to show their raw beauty, courage, and strength. We further challenge cultures of silence on stigmatized experiences by entertaining and engaging audiences in themes that many people want to avoid—and can avoid if they are in a place of privilege. We articulate vulnerable autobiographical narratives about trauma that challenge hip hop’s commercial veneer.

Embodiment Project’s most recent work, Ancient Children, delved into the school-to-prison pipeline and how structural racism harms children in school settings. This work examines the ways that colonization and white supremacy shape the dominant discourse on educating children, which continues to fail children of color. The following photos were taken from various performances exploring themes of race, sexual trauma, state-sanctioned violence, and healing.

Rather than offering traditional captions for these photos, I included poetry because choreopoetry (the emotive intersection of spoken word and dance) is the organizing methodology to Embodiment Project’s work.  The street dance styles (i.e., popping, waacking, house, breaking, and hip-hop) open the physical space necessary to embody and animate the performance poetry. 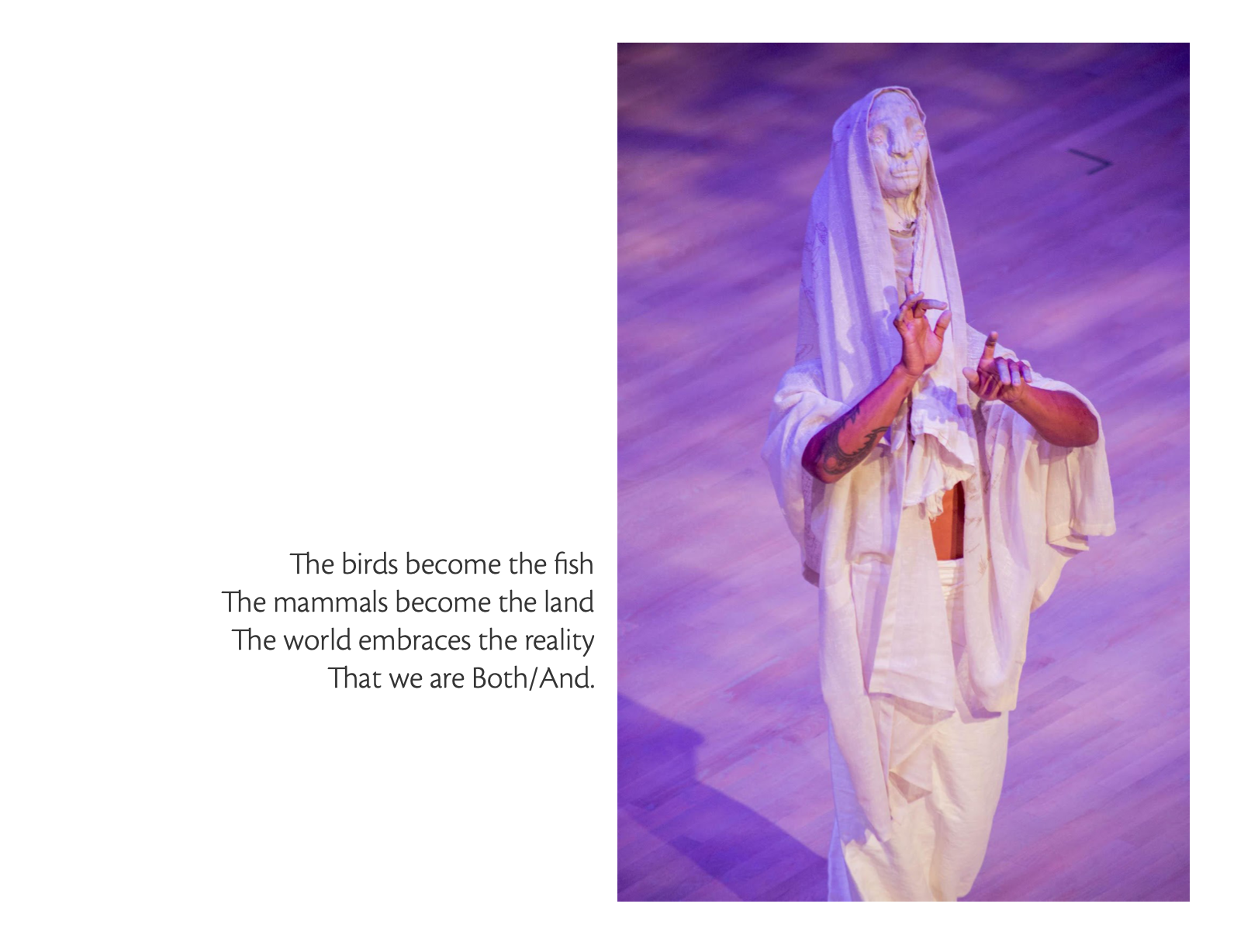 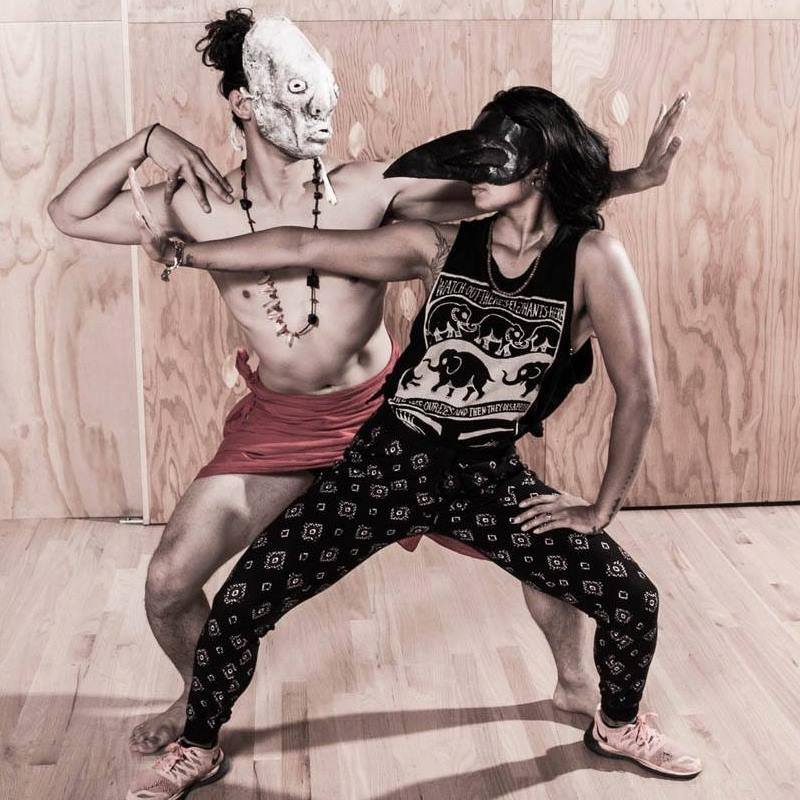 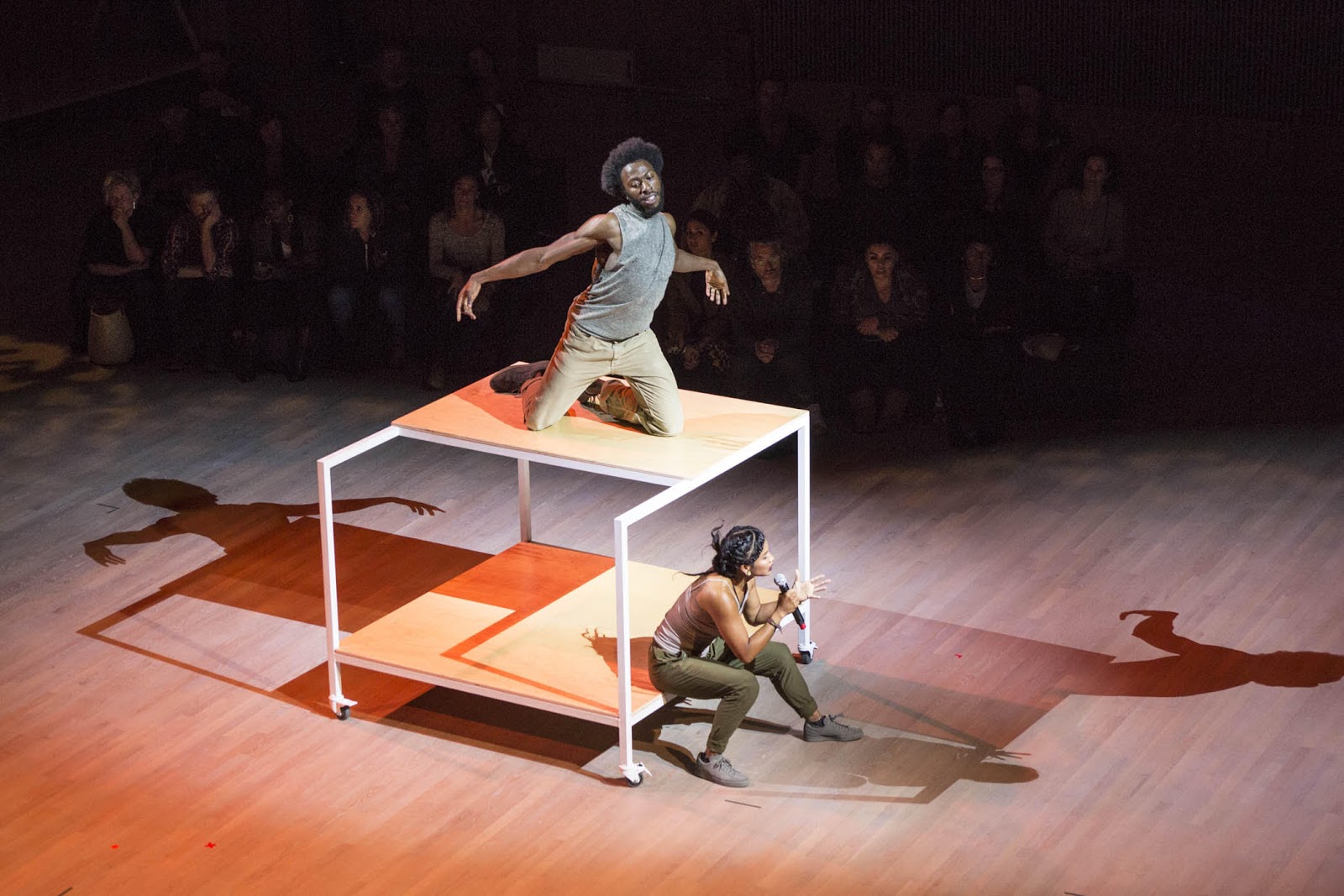 love how you
resurrect the bee colony out of colonized honey

draw the silence out of music

the s/he who has no eyes, no ears, no nose
and yet she can still smell the pheromones of my future lives
and can resurrect the imaginal cells
from the wing patterns of matriarchal butterflies
a phenomenon encoded in the genetics of a warrior
disguised as all things delicate 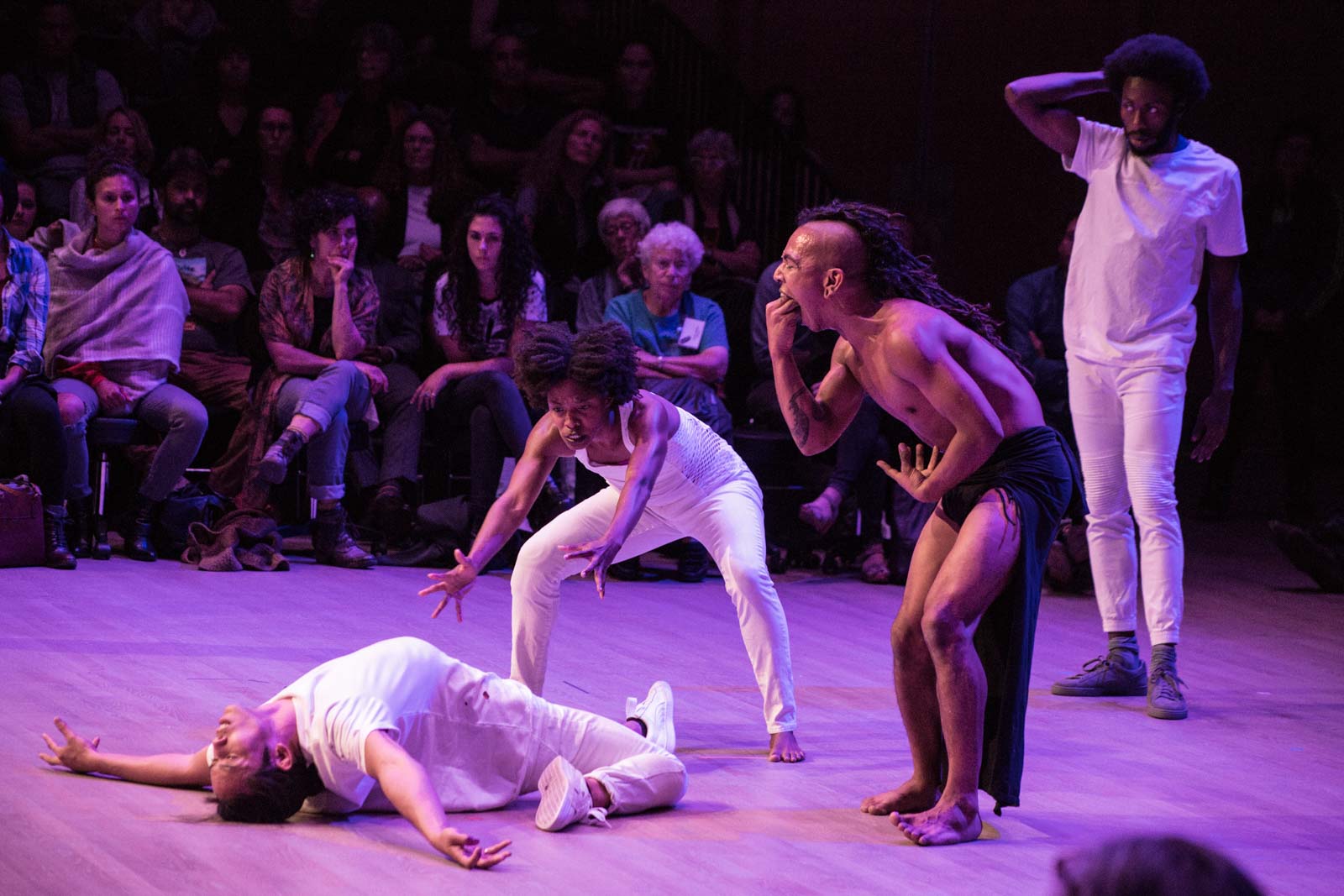 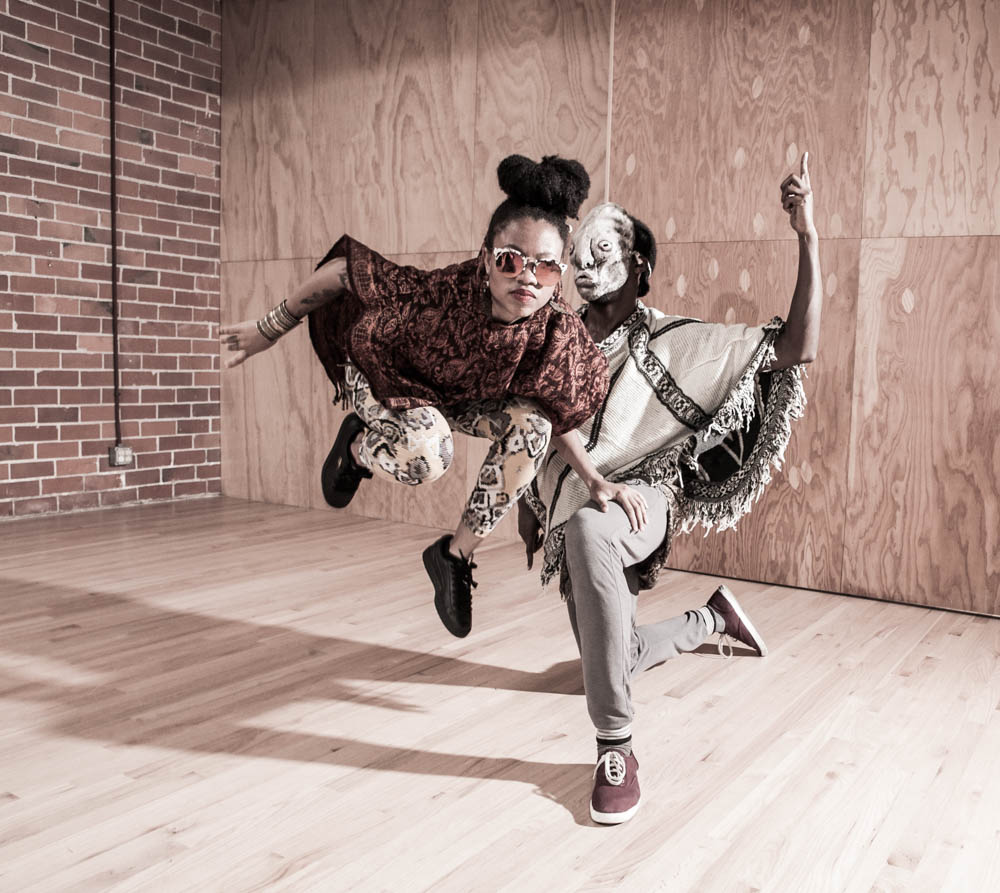 we travel the astral plane in dream time,
to the place where mermaids take mud baths
in Atlantean soil and exfoliate their scales
with Lemurian coral.
Ladies laced in aquamarine
and fossils of all of our secret thoughts and forgotten dreams
we hold the space where
infants go during their 9th month of sleep
the temple of the fema-9 priest,
and her polyrhythm transform the infant’s fins
into human feet.
and then she clips the new toenails with her teeth
and then spits them into the sky to display a moon crescented
on both sides—
there the moon hangs on cumulus clouds
like stretch marks in her inner thighs. 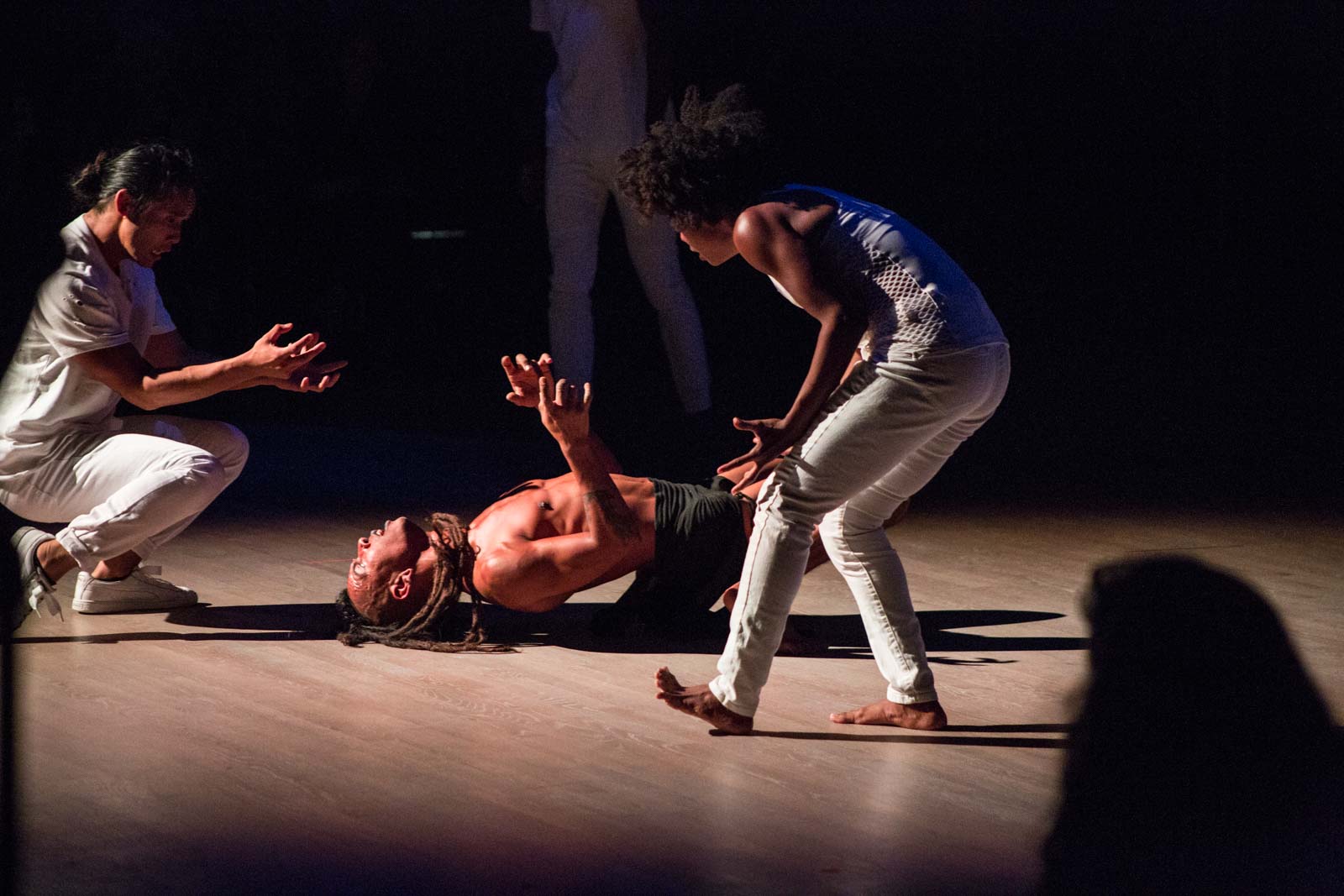 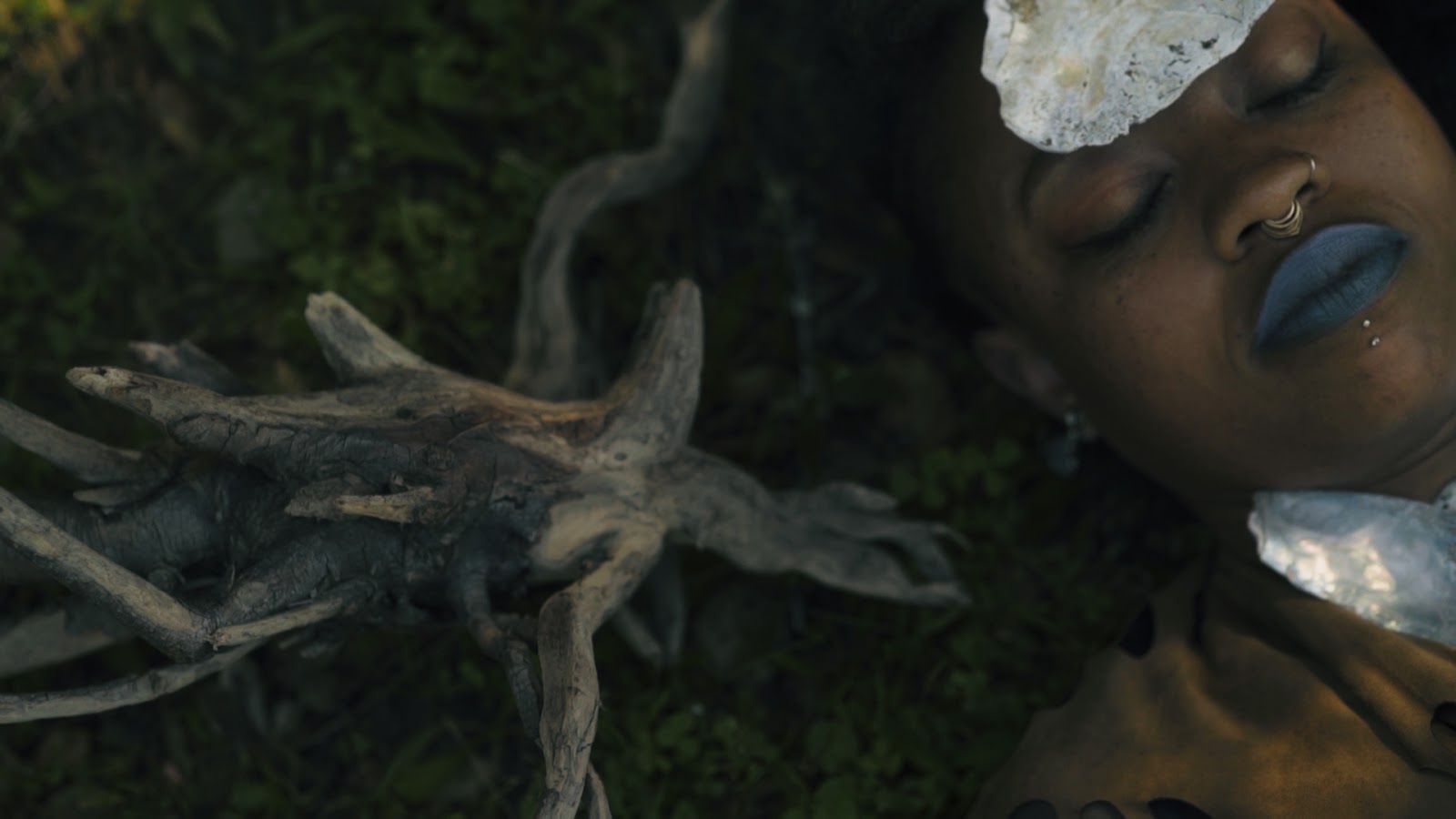 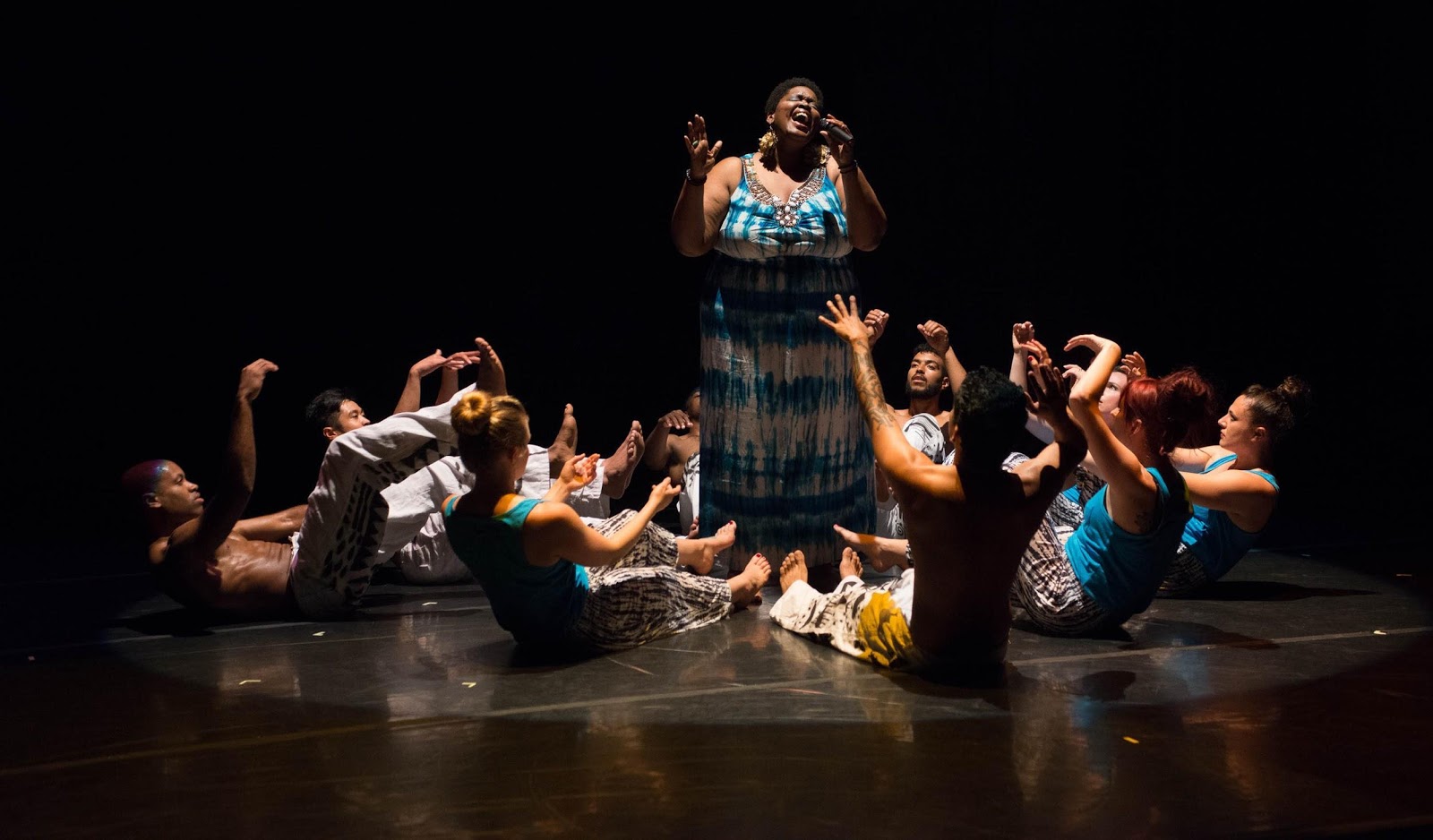 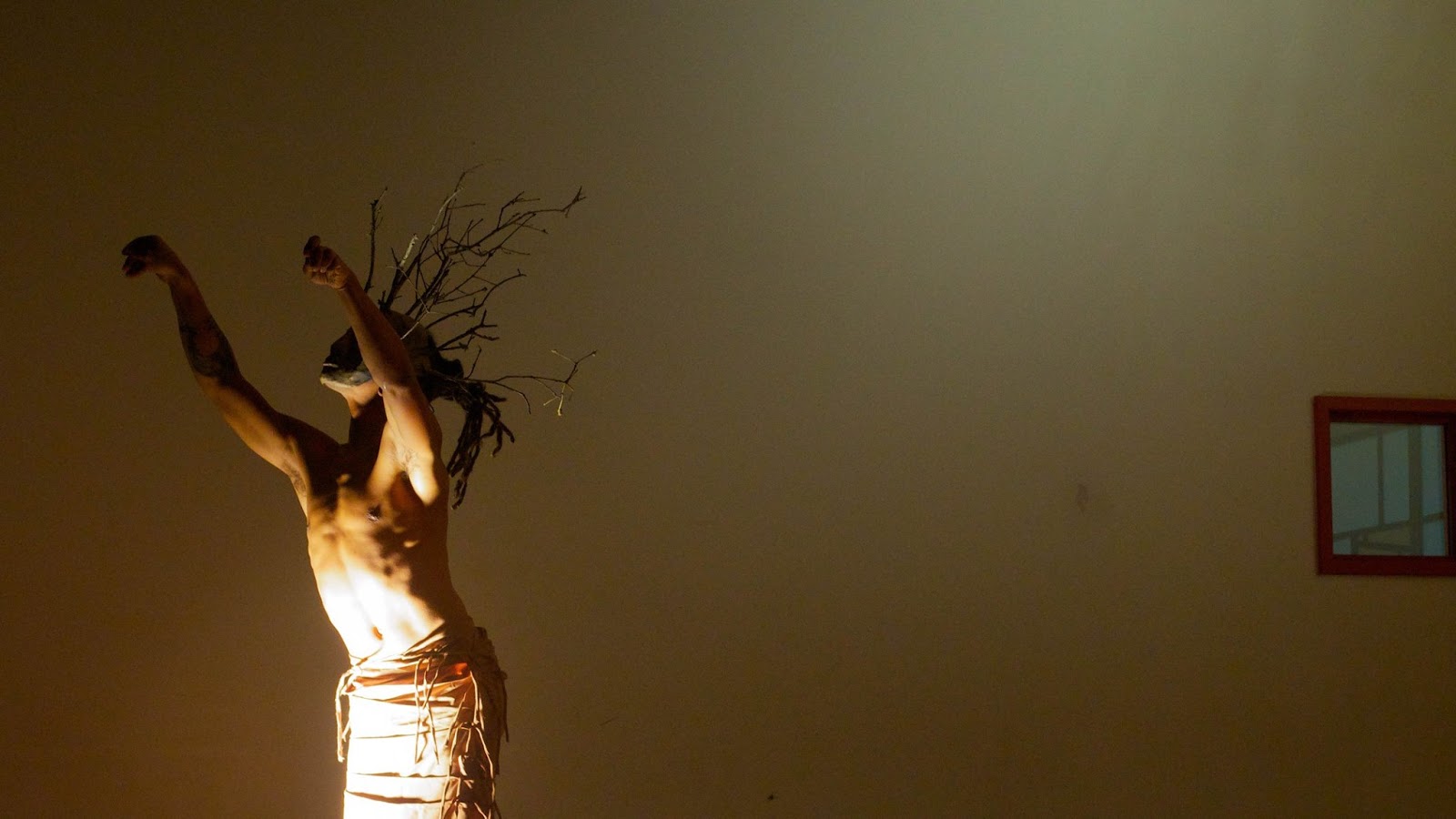 Nicole Klaymoon founded Embodiment Project (EP) in 2008. As a solo artist, Klaymoon created and toured the dance theater production, Sixth Vowel, choreographed by Rennie Harris and directed by Kamilah Forbes of the New York City Hip Hop Theatre Festival. At the intersection of trauma research, conceptual live performance, and personal testimonies, her signature approach to dance-making emphasizes the sacred practice of voicing stories of trauma in the context of community. In her time serving as Artistic Director of Embodiment Project, Klaymoon has directed and choreographed nine evening-length productions including Music of the Actualized Child, which delved into the school-to-prison pipeline and how structural racism harms children in school settings.