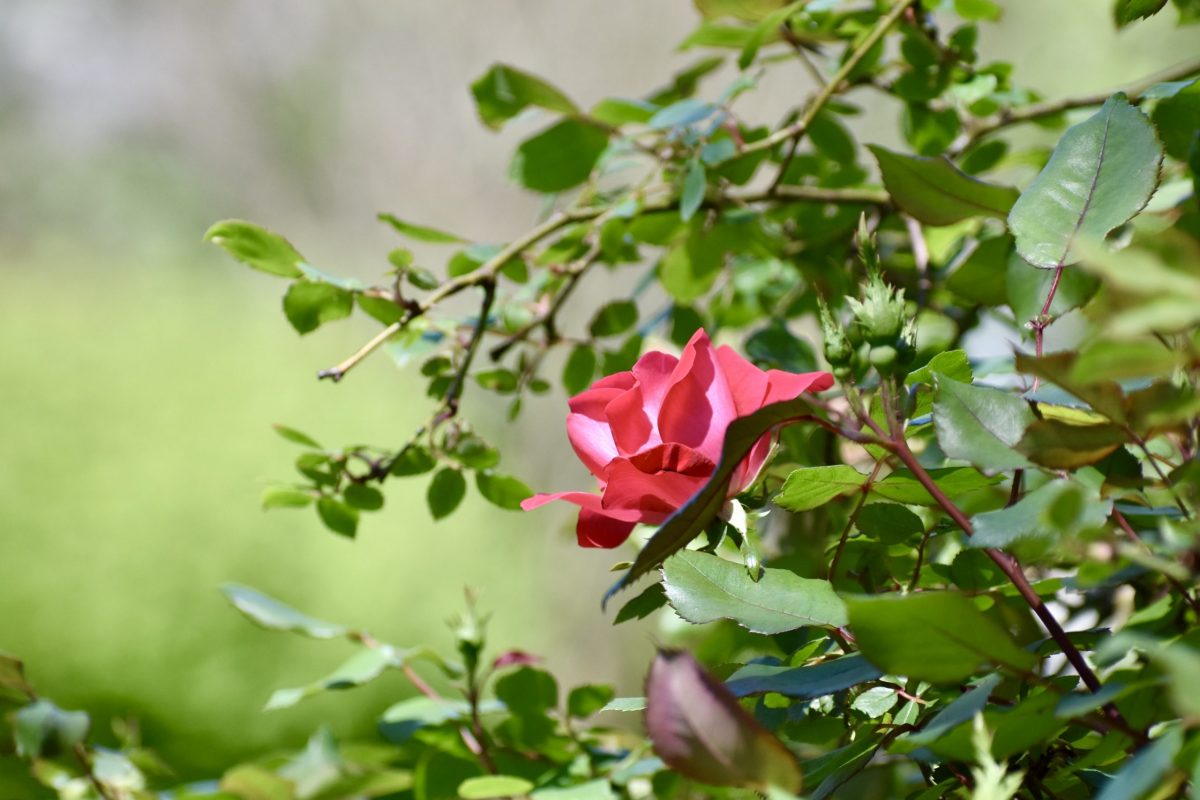 Rereading Emily St. John Mandel’s speculative fiction novel Station Eleven at the start of the pandemic was strangely reassuring. The book toggles between the onset of a future global flu pandemic and the lives of people living twenty years later. I often find post-apocalyptic fiction helpful for affirming the possibility of going on past disaster. Station Eleven is explicitly organized around the proposition that “survival is insufficient.” This phrase—tattooed on a character’s arm and written on the side of the traveling theatre and musical troupe’s vehicle in the twenty-years-from-pandemic plotline—comes from a Star Trek episode. In the book, the phrase, “survival is insufficient,” asserts that people deserve art, and music, and other seemingly useless things that are apparently secondary to basic biological survival. To reprise the 1912 labor slogan, we need not only bread but also roses: Beauty is integral to surviving and thriving.

What does it mean for us to fight for roses—for more than survival—when so many people are not even surviving? Ruth Wilson Gilmore defines racism as “the state-sanctioned and/or extra-legal production and exploitation of group-differentiated vulnerabilities to premature death.”1 This definition echoes through the current distribution of sickness and death from COVID-19. We could say, “But look, bankers and tech bros just back from partying in Miami, not to mention Sophie Gregoire Trudeau and Tom Hanks, are contracting this virus! It doesn’t discriminate!” But people do discriminate, and group-differentiated vulnerabilities to sickness and death show how people in power prioritize some lives over others. Governments are not valuing or protecting the lives of health care workers forced to work without protective gear; people who are migrants, in jail, or disabled; people without houses in which to self-isolate or unable to stock up on food because they never have that kind of extra money; people who lost their job, never had a formal job, lost their benefits, drive for Uber or Lyft, stock grocery shelves, or work in Amazon warehouses.

We should always start with survival, and with fighting for the lives of the people made expendable by racism and capitalism. Many of the Black Panther Party’s community programs (the breakfast and health programs are now the best known) were organized around the idea of “survival pending revolution.” They saw that this world needed a fundamental, to-the-roots transformation that would give everyone the opportunity to flourish. To have that kind of revolution for more than survival, they started with sustenance: medical care, food, housing, clothing, legal aid, and more. The people declared killable to keep the markets running need to survive in order to build the revolution, and the revolution aimed for much more than survival.

When I conducted interviews for an oral history project about the history of AIDS activism, over and over interviewees would pause as they told me about someone who died because of prejudice and government inaction. They would talk about how that person was amazing—an amazing organizer, poet, dancer, date, scientist, artist, parent, and so much more—and they would say, “This world would have been better if they hadn’t died of AIDS.” I am thinking about this now, about all the people who are dying who did not have to die, and how much we are losing with their deaths. My grief is overwhelming. The coronavirus, as many people have pointed out, illuminates the social relations of oppression and benefit that already animate late capitalism—those distributions of suffering and death were already here. The social media pages of mutual aid groups in my city are full of posts from people already forced to the edge of survival, all of whom deserve lives of flourishing. The novel coronavirus not only illuminates existing oppression; it actively deepens it. 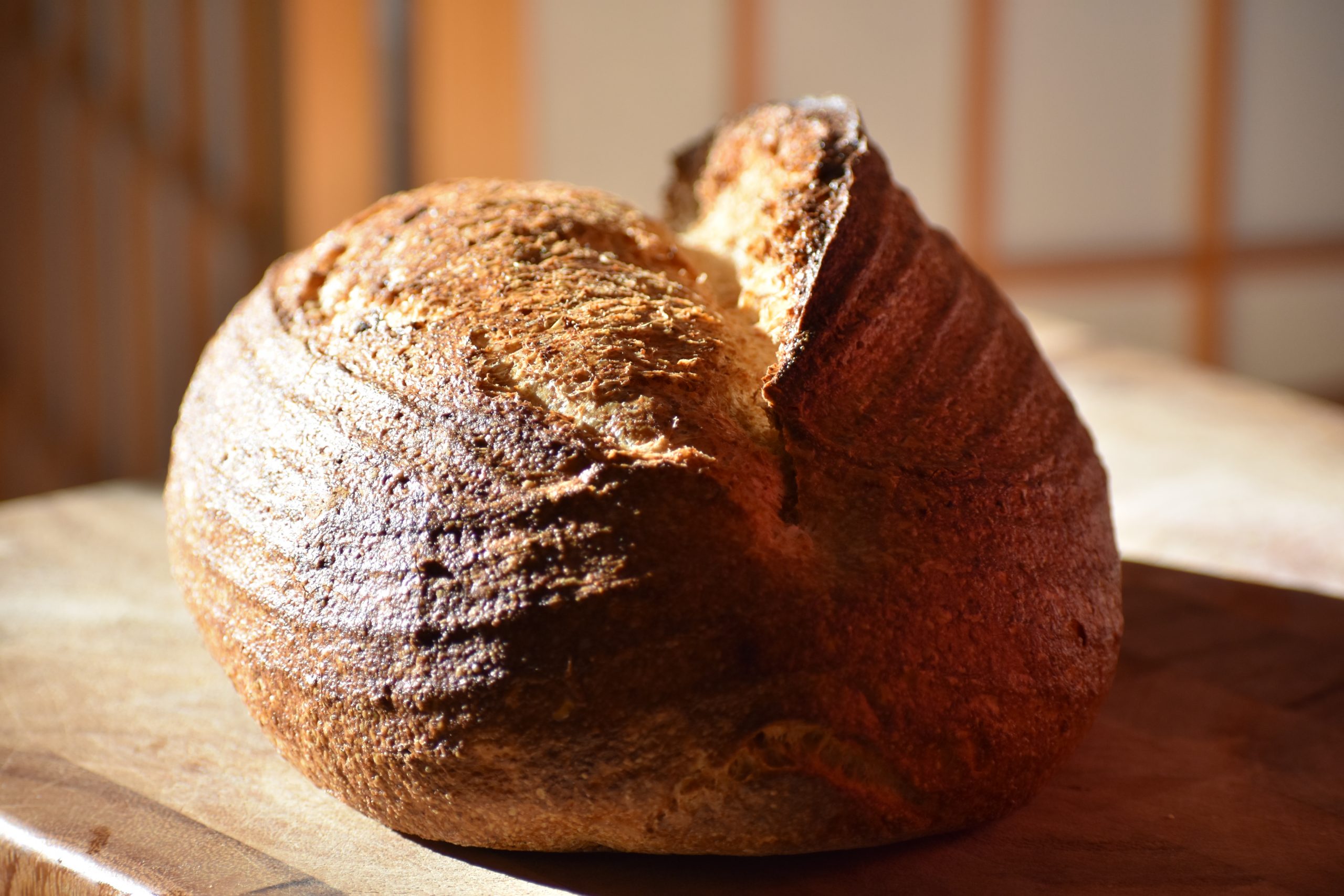 As we support work to survive, let us oppose practices that deepen inequality. Such opposition involves imagining all the ways that instead of going back to “normal,” we could change the baseline of normalcy. The reconfiguring of society that the coronavirus has begun—in which many of the worst-paid and most exploited workers are suddenly recognized as essential to our lives—affirms that they always deserved more than mere subsistence. But the merely rhetorical recognition of work as “essential,” isn’t enough. Further, people who do not work for a wage (like caregivers) deserve dignified lives, health care, and sustenance. In North America, social support levels, particularly for disabled people, have been below subsistence for decades now. Even advocating for Universal Basic Income needs to be done with care. In the United States, the fact that people’s health care has been tied to their wage work has dire consequences when those jobs disappear. Everyone deserves bread. 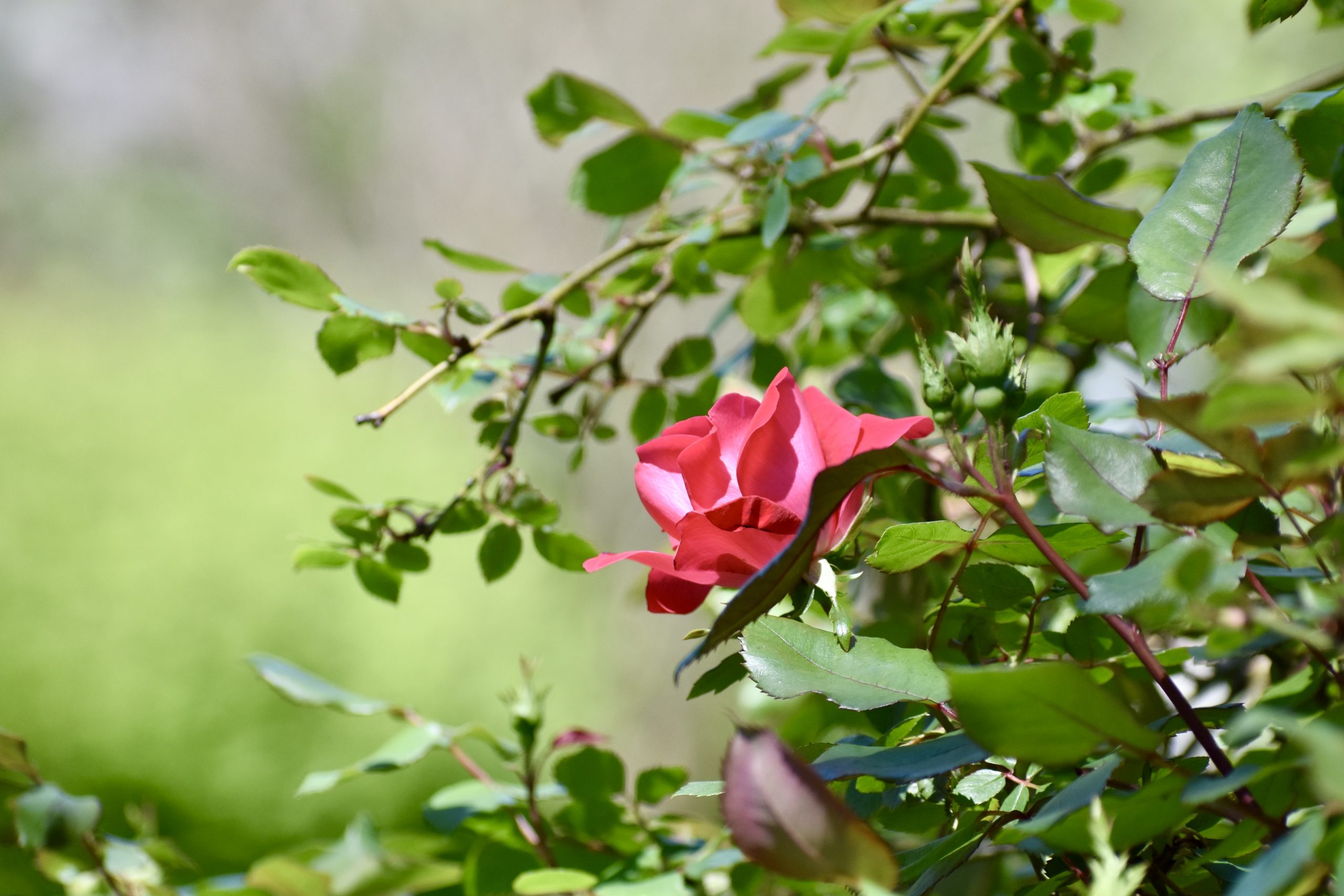 And yet, survival is insufficient. We deserve roses, too. I don’t know what roses mean for you—sometimes I barely know what they mean for me. As I imagine what world might come after what is already terrible suffering and loss, I wonder what would happen if we all started with affirming that we want everyone to survive, and immediately alongside that, that we want much more for them, too. What does a good life look like? What if we asserted that everyone deserved such a life? What if we started from the points of connection that we have with anyone who is suffering right now because they do not have money, and worked to create a world in which money is not the thing that lessens suffering? Maybe one of the most generous things about the idea that survival is insufficient is that there isn’t a political program that can lay out what comes after survival, or that precisely describes what “roses” mean.  We can begin to dream that for ourselves, because no one can do it for us. Our freedom dreams aren’t located in some future we can’t touch; we bring that future in to our present through identifying what moving beyond mere survival means today, now. What are we doing in our daily life, or what can we do, that affirms the idea that we deserve roses? I think here about the Buddha, sitting on soft kusha grass and drinking milk and honey as a necessary preparation for meeting suffering and confusion. Moments of comfort, grace, or glory can inform the world we aim to build out of COVID-19.

Last fall at a science fiction convention, novelist Jo Walton spoke about why we read the genre. She said something like: We don’t read (or write) science fiction in order to imagine the future. We read it in order to imagine many possible futures. Imagining many possible futures builds our capacity to be more flexible and better able to meet the future that arrives, and thus we can be more intentional about what future we practice. I love this. I love it because, as we know, billionaires and fascists will take any crisis they can and try to use it to increase their death-grip on the world. This is a time for us, we who care for a world that can continue, to wrench their fingers off our planet and our lives. And, always, we who care about the world are enmeshed in oppression and inequality. While the distribution of suffering and the conditions of survival closely track current distributions of wealth and power, we can direct our intentions and our actions towards redistribution and justice. Station Eleven imagines a world so devastated by a virus that there is no space to imagine justice, even as its characters affirm the importance of moving beyond mere survival. We have space to imagine bigger and more expansively. It’s a good time for those of us who do not align with capitalism to take this crisis and imagine new futures—futures towards which we collectively orient, and which we work together to enact.

Survival should be our starting point, always, but we deserve so much more.

Alexis Shotwell is a professor at Carleton University, on unceded Algonquin land. She is the author of Knowing Otherwise: Race, Gender, and Implicit Understanding (Penn State Press, 2011) and Against Purity: Living Ethically in Compromised Times (Minnesota University Press, 2016), as well as a potter and a practitioner in the Shambhala Buddhist tradition.

Return to contents page of Practice, Resilience, and Compassion in the Time of COVID-19. 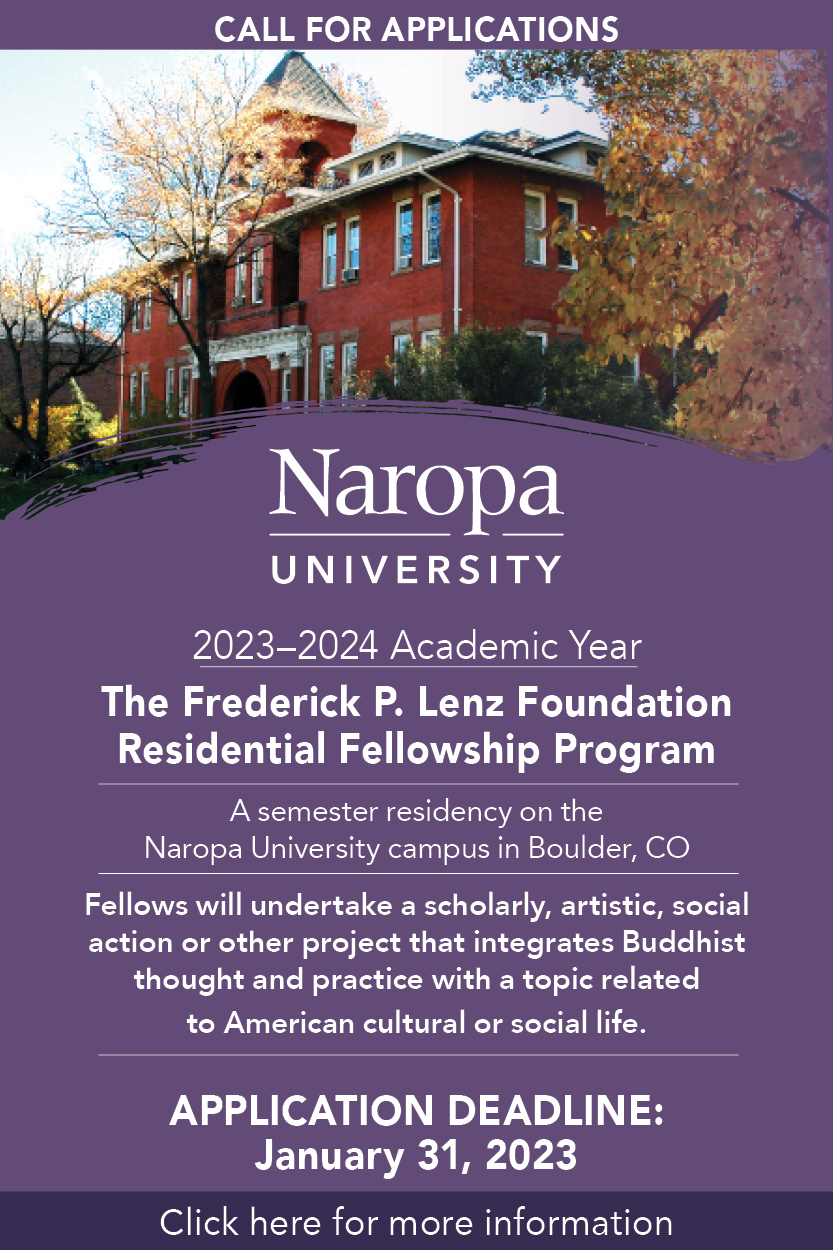 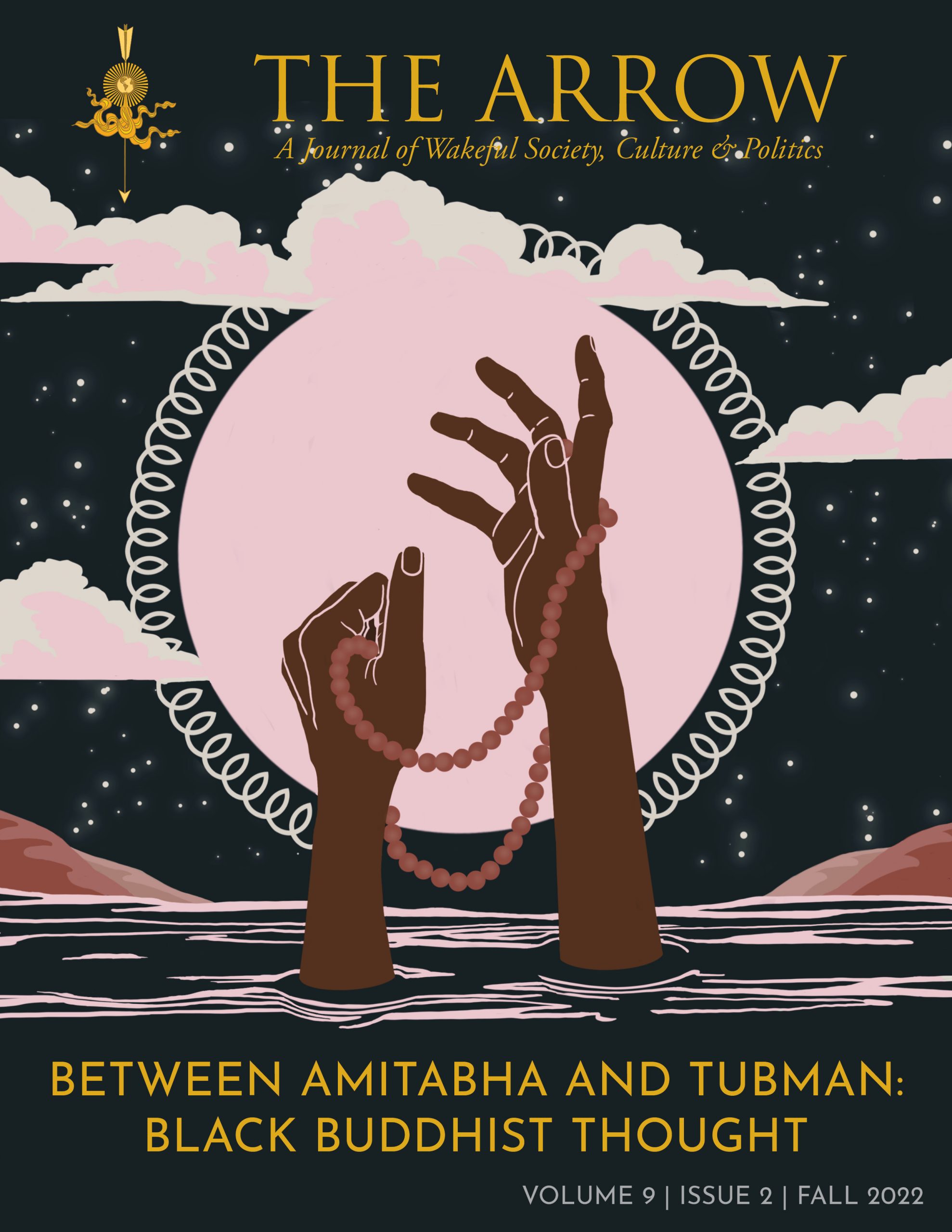