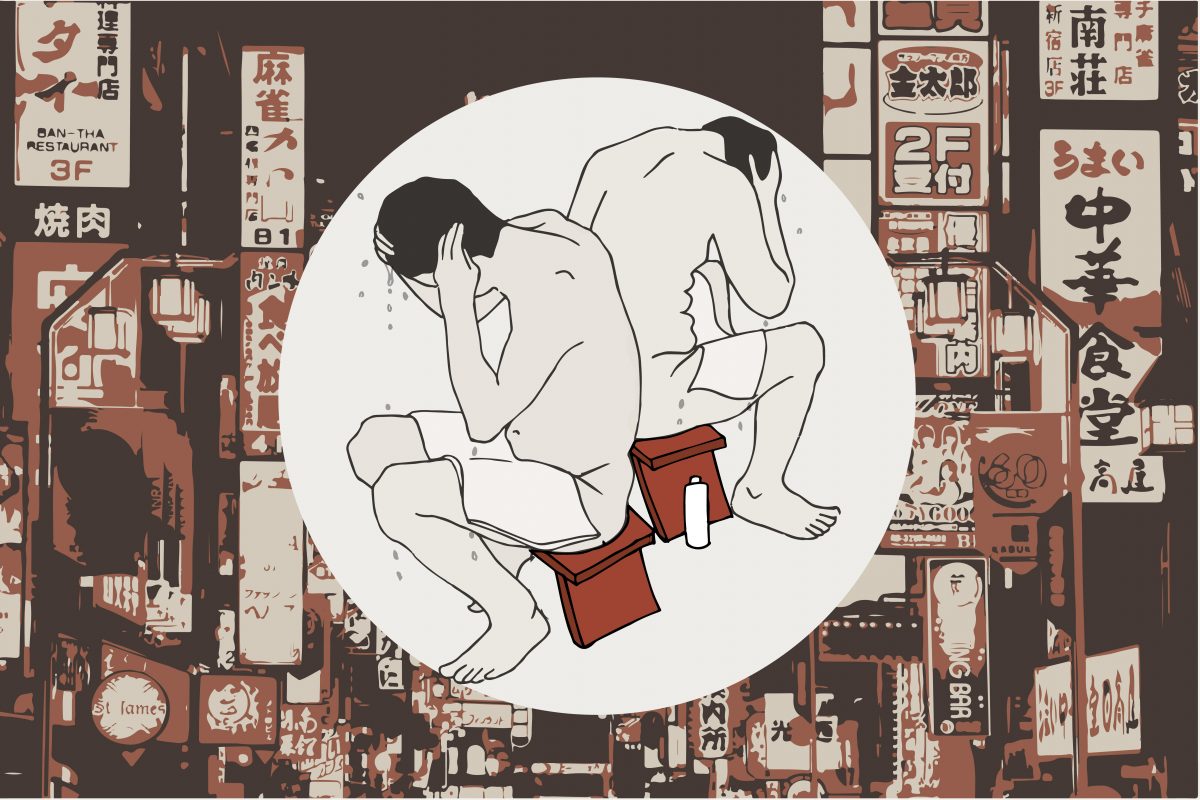 At the beginning of August, I flew from Tokyo to Hong Kong to attend a friend’s wedding. It’s now possible to make the four-hour journey for as low as $100 each way, courtesy of the growing number of low-cost carriers that connect East Asia’s dozens of megacities. I sprung for the cheapest flight I could find, which happened to depart Tokyo at 6:20 AM.

Perhaps because the bus I rode through the hushed early-morning streets was completely empty, when I walked into the new 24-hour international terminal building just after 4:00 AM, I was disoriented to discover a sprawling duty-free shopping mall with fully staffed sales counters and bustling with foreign customers making last-minute purchases of luxury bags, perfume, and heated toilet seats.

If the tourism industry typically revolves around the commodification and consumption of places of difference—foreign locales with exotic cultural, culinary, linguistic, and physical characteristics—international travel is now driven increasingly by the opposite desire: to spend time in “non-places” with no cultural or social distinctions: the airports and shopping malls filled with familiar global brands and speaking the universal language of money. These purely economic spaces give one the nebulous sense of being home, away, and nowhere all at once. The all-night airport mall is only the tip of the iceberg of a phenomenon playing out across the city: one must only walk down the main avenue in the Ginza shopping district through throngs of foreign consumers alighting from tour buses in front of the city’s glitziest department stores and electronics outlets to confirm that Tokyo—like Hong Kong, Singapore, London, and New York—is increasingly being reshaped by frenetic new patterns of transnational consumption.

Buoyed by the weak yen, the number of Chinese visitors to Japan has more than doubled over the last year, and hundreds of new weekly flights have been added between the countries. With Japan’s population in steady decline, the government is now counting on rich tourists to play a major role in boosting consumption and growth.

Because it is ubiquitous, we often presume consumerism to be the natural state of urban life. In a small alleyway a few meters off Ginza’s main avenue, behind a marble-clad showroom displaying luxury cosmetics and a European handbag shop, there is a diminutive reminder of pre-consumer society. Konparu-yu is one of Tokyo’s oldest public bathhouses, or sento, and has been rebuilt several times in the same spot since 1863, when the city was still the feudal capital Edo. Miraculously, it has weathered modernization, earthquake, fire bombing, and runaway 1980s real estate speculation that made this neighborhood far and away the most expensive land on Earth. A blue sign with the ♨︎ symbol for a bathhouse alerts passers-by to the oasis that lies behind the traditional noren curtain and down a nondescript hallway.

Inside, a grandmother in her 80s sits at a counter known as the bandai, from which she can see both the men’s and women’s dressing rooms; she takes the 460 yen ($4) entrance fee from customers with a nod and smile. Her mannerisms are warm and inviting as she greets familiar faces and newcomers alike. In this shared space, neighbors and strangers gather not to labor or consume, but to perform one of the elementary tasks of everyday life together.

I began visiting bathhouses regularly at the beginning of the year, and I feel myself drawn back again and again to the unique comfort I find in the bathhouse as an in-between space—more intimate than the anonymity and alienation of most public spaces, but more open and fluid than private spaces. Living every day alone at home or surrounded by tens of thousands of people on the streets and in the trains, one rarely gets the opportunity to truly communicate with others—or even to glimpse their humanity.

Many times, encounters with other patrons give me insight into lives lived in deeply local ways, distant from the digital culture and globe-spanning consumerism to which my generation has grown accustomed. Recently, I chatted with a fit older man while we washed our bodies, and I couldn’t help but ask him about the potato-sized lump atop his shoulder. He grinned as he made it jiggle back and forth and told me it was muscle formed from a lifetime of carrying the mikoshi portable shrine in festivals at the 400-year-old shrine nearby, before proceeding to regale me with tales of the Tokyo of his childhood.

These sorts of serendipitous interactions are something one cannot find many other places in the modern city. Even on days when I just sit in the tub and focus on the physical sensations or the thoughts in my head, simply placing my body in an in-between space offers reprieve from the sensory bombardment of the commercial city outside or the isolation of time spent completely alone. Both of these extremes isolate us from others, and, I have found, from ourselves—they deprive us of something fundamental to our humanity as social creatures that have always spent time in intimate communities.

Sento were once a ubiquitous piece of the urban fabric of Tokyo, with roots dating back to the 17th century. At the postwar peak, there were 3,000 across the city, anchoring every neighborhood shopping street and serving most of the population in an era when the city was still recovering from the war and few people could afford the luxury of a private bath. It was not uncommon for a small bathhouse to have two or even three thousand customers in a day.

Today, there are fewer than 660 sento left in the city, and 127 have disappeared in just the last four years. My own favorite bathhouse, Tsuki no Yu, closed in May after 88 years. It was perhaps the best remaining example of prewar bathhouse architecture in all of Japan, with soaring wooden ceilings, intricate tile work, a vivid painting of Mt. Fuji above the bath, and an outdoor veranda and garden, where one could sip a jar of milk while cooling off. Walking inside was like stepping 50 years into the past. I hear it was also the only bathhouse in Tokyo that still had no lockers for customers’ belongings, only wicker baskets, a sign of the trust that knits together local communities and economies.

Despite spirited preservation efforts, it was leveled in July to make way for private homes. In the past two years, four out of eleven bathhouses in my ward have shut their doors. The city where my neighbors live already feels distinctly more distant. The causes of the precipitous decline of sento are manifold: Most bathhouses today see only a few hundred predominantly elderly customers each day, and must also contend with the retirement of aging proprietors, facilities in need of expensive repairs, the pressure of redevelopment, and the near universal proliferation of private baths.

First and foremost, however, sento have fallen victim to a more basic shift from a local to a global economy and to the corresponding rise of individualist over communal values.

In a 2014 book Quitting consumerism: The case for the sento economy, social commentator Katsumi Hirakawa argues that the turn towards globalization and unregulated markets since the 1980s has led to the decline of the local economies that the sento represent and rely upon.

Sento are in many ways the perfect example of a sustainable local economy: Most of their customers come by foot, they usually draw their water from wells, and historically many used scrap wood from the constant demolition taking place in Edo and Tokyo to fire their boilers. Inside, hand-painted signs advertise local barbers, restaurants, and clinics, and neighbors renew networks of social interdependence. The Japanese like to say that an important milestone of true trust and friendship is “hadaka no tsukiai”—spending time together in the nude.

Today, most denizens of Tokyo bathe alone in water captured in mountain reservoirs and heated by natural gas carried from Qatar. This advance in convenience has come at a price, paid in the decline of strong local communities and a healthy planet.

The global economy operates according to simple principles: Economic actors and entire countries must seek to maximize added value in the pursuit of profit and economic growth. Adhering to this imperative becomes even more urgent as a society grows wealthy and advanced, simply because in order to keep an already large economy growing at significant rates, ever-greater value must be constantly created.

This process gradually leads to many non-purely economic activities being streamlined out of society. We must produce and consume ever more stuff to keep the machine running, even if that stuff doesn’t contribute at all to our happiness or well-being, or comes at the expense of things that do. In other words, the system demands more duty-free malls and fewer sento.

In the sento economy of the past, Hirakawa recalls, profit and efficiency were secondary goals. People labored not out of profit motive but to have a stable trade and social purpose, reflected in the pride of one proprietor of a recently closed bathhouse nearby who would always spend hours after midnight methodically scrubbing every surface by hand. Likewise, local residents would visit shopping streets not simply to buy things, but to reaffirm their presence and belonging in the community.

Hirakawa believes it is necessary to consider how we can build an economic system that is not dependent on never-ending growth. The clock cannot be turned back on the global economy, with its market-dictated flows of goods and capital coursing around the planet in search of profit—but perhaps its tendencies can be tempered, and space can be preserved and enlarged for people to live more human lives. Even as globalization continues apace, I find in Japan some reasons to be hopeful that as we grow more affluent and economic growth slows, the rise of consumerism and individualism is running its course and people are beginning to yearn again for spaces and lifestyles like the sento. In the privatized and commercialized environment of the modern city, there is a latent desire for in-between spaces—sento and places like them—that bring us together with others in ways beyond pure economic exchange. In some ways, the post-growth economy of the future may resemble the economy of the past: more focused on maintaining social connections and well-being than creating demand for ever more material goods.

After an amazing weekend in Hong Kong, filled with new experiences, exotic sights—and yes, a lot of time spent wandering through uncannily familiar shopping malls—I touched down again in Tokyo a few days later, just before 6:00 AM, and decided to make a short stop on my way home. Certainly, there is nothing better to sooth the fatigue of a red-eye across the ocean than a slow, hot bath.

Sam Holden is currently a graduate student of Urban Studies at the University of Tokyo. A native of Denver, Colorado, he studied International Relations and Asian Studies at Pomona College. He writes on occasion about his life and ideas on Medium (https://medium.com/@samjapn) and is on Twitter at @samjapn. 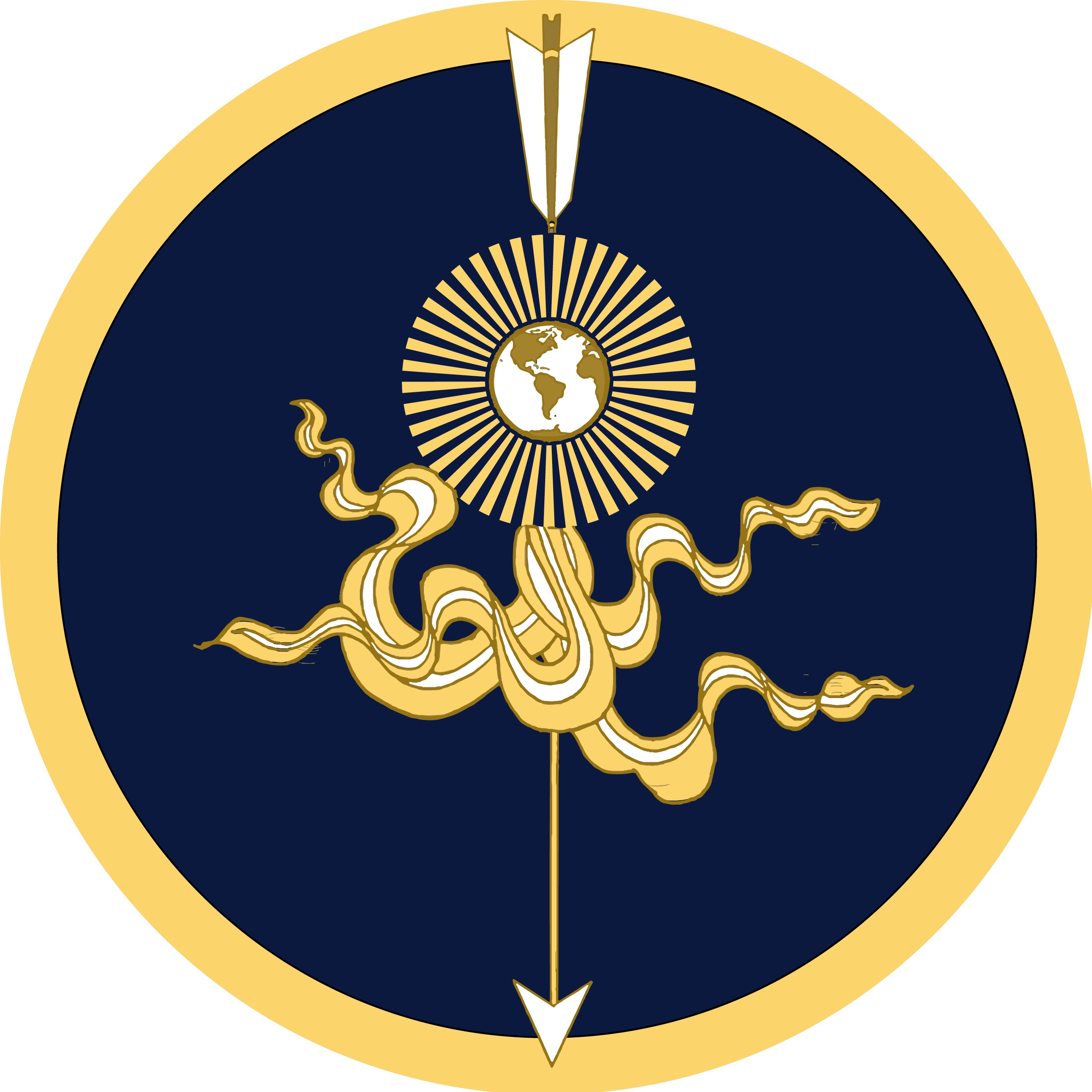