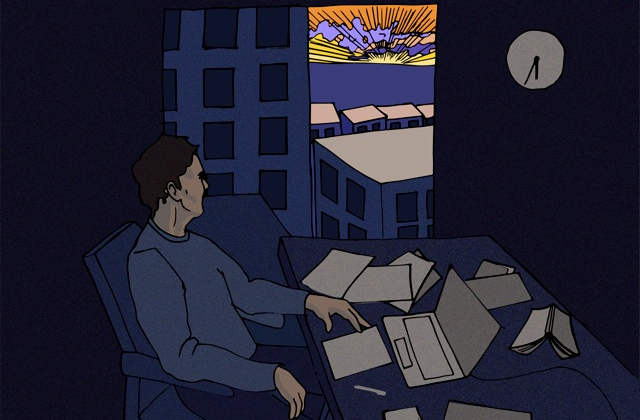 On a spring evening in Southern California, with too much school work and an uncooperative clock ticking away the day’s warmth, I glanced outside my window to find the sky imbued with the color of a sunset. Captured by its beauty and magic, I wondered whether I should take a break from writing my undergraduate thesis to watch. As the sky shifted from yellow-orange to reddish-pink, my thoughts turned to a cost-benefit analysis: “Is it worth it to go outside and watch? A break would interrupt my progress right now. On the other hand, refreshing myself might increase my productivity for the next half hour before dinner.” By then, of course, the sky had faded into deep purple, the sun slipping over the horizon.

As an overworked college student, evaluating actions in terms of productivity was common. Even now, several years after Microeconomics initially offered a powerful language for describing human decision-making, marginal utility remains a convenient—if not a little contrived—way of understanding my everyday choices. Indeed, since its inception, the field of economics has afforded society with ever more technical methods of analyzing the costs and benefits of individual and collective courses of action. So revered is the study of economics in modern society that the discipline’s lens for viewing and understanding the world proliferates far beyond the realm of business or the economy proper. Yet this reverence comes “at the cost” of a richer experience of our world and a deeper sense of our relationship to it.

The problem is not just that we occasionally use economic logic to inform decisions like whether to watch the sun set, but also that such logic constricts our public discourse. To be viewed as legitimate, arguments for or against controversial issues must incorporate economic reasoning. While useful, the predominance of economic logic ultimately hinders our ability to consider important issues from ethical, emotional, and spiritual perspectives that might provide alternative reference points and broaden the scope of conversation.

Public discourse on environmental issues suffers especially from this mindset; the debate over hydraulic fracturing, or “fracking”, is a case in point. Arguments in favor of fracking to extract natural gas from shale deposits unsurprisingly rely on political-economic reasoning: domestic shale gas extraction supports U.S. energy independence, which creates jobs at home, increases tax revenue from energy production, and reduces our dependence on foreign energy. To bolster these economic arguments with a semblance of environmental concern, fracking advocates point out that natural gas is ‘cleaner’ than oil or coal, emitting less carbon dioxide into the atmosphere per unit of energy burned.

“True enough,” the environmentalist might reply, “but natural gas is still dirtier than existing forms of renewable energy.”1 Even this retort is problematic, according to philosopher and activist Charles Eisenstein: “Focusing on greenhouse gas emissions emphasizes the quantifiable while making the qualitative… invisible,” he writes. “Environmentalism is reduced to a numbers game,” rather than an expression of deep emotional connection to the earth.2 No matter how dire the reality they reflect, climate data points have consistently proved insufficient to produce meaningful changes in human sentiment and behavior.

The ubiquity of the “quantifiable” is reflected in fracking opponents’ focus on the economic externalities of the industry. Highlighting the harmful effects of fracking on water availability, water and air quality, and seismic activity, opponents argue that the externalized social and environmental costs of shale gas extraction are too great to warrant its continuation.

These are valid points that should be carefully considered before new wells are drilled—not suspiciously ignored as the EPA has done.3 However, they all carry with them an implicit presupposition: if hydraulic fracturing could be engineered to avoid all risk of air and water contamination, to minimize water usage (e.g., by recycling frack water), and to contain seismic activity to remote areas, then environmentalist opponents ought to acquiesce to the continued growth of the shale gas market. In other words, the validity of opponents’ arguments depends on their reliance on measurable, short-term environmental damage that may or may not be a necessary consequence of fracking.

That the fracking debate revolves around the economic benefits versus the environmental risks (i.e. the externalities)—both of which fall within the narrow purview of economic reasoning—is indicative of the types of arguments that modern technocratic society legitimates. Arguments for environmental protection such as those articulated above, notes Eisenstein, “are problematic because they affirm the very assumption we need to question, that decisions in general should be made according to economic calculations.”4 Free ourselves from this constraint, and we might question the cultures of economic growth, resource extraction, and exploitation that hydraulic fracturing embodies and perpetuates. No longer beholden to empirical studies on the danger of water contamination from frack water, we could instead reason that regardless of quantitative economic and environmental considerations, hydraulic fracturing is wrong on principle because it violates the earth’s sacredness.

What it means to see nature as sacred—or to maintain a sacred outlook, as some spiritual traditions put it—is not easily defined, and sacredness itself has many qualities. One quality articulated by deep ecologists is the innate value of the well-being and flourishing of the whole world—human and non-human—“independent of the usefulness of the non-human world for human purposes.”5 The Universal Declaration of the Rights of Mother Earth6 and a number of declarations of interdependence7 emphasize the interdependence of living beings and the aliveness or living quality of entities not often considered to be living organisms—rocks, mountains, oceans, ecosystems—as fundamental qualities of the earth’s sacredness. The sacred outlook promoted in these documents is one of deep respect for the natural world as “precious” and “wondrous.”8

Such words suggest a strong feeling underlying the intellect of these theories. Experientially, sacred outlook connotes a “sense of wonder and appreciation of the earth’s beauty,” leading one “to feel deeply for our physical environment.”9 From such appreciation comes gratitude for the earth’s sustenance,10 the “endowments bestowed upon us” by nature.11 Central to this progression seems to be an exchange of invitation and gift: in opening ourselves to experience the wonder of the natural world, we welcome communication with that world and thereby receive “gnosis, a prolific, carnal science, not an intellectual knowing.”12 In this sense, the experience of sacredness may be the fruit borne of cultivating a relationship.

The philosophies of deep ecology and ecofeminism build on this deeper intuition or knowing, and their arguments for the precious, living quality of the earth and the interdependence of life on it offer a much-needed perspective. At times, however, they also risk succumbing to the very utilitarian language that they decry.13 Ultimately, a full understanding of the sacredness of the earth must arise from felt experience, which defies encapsulation by the rational mind. Although a perfect, thorough comprehension of sacredness eludes the written word, the intimations cited here illustrate the stark contrast with the experience of economic rationality, which, as in the example of the sunset, serves to constrict our “sense of wonder” of the world. This contention would hold little water in the debate among mainstream politicians, particularly those in economically rich countries. And yet, from a perspective broader than what economic calculations and scientific risk factors allow, the criticism that fracking violates the earth’s fundamental sacredness is perhaps the strongest objection to the practice.

Indeed, the full technical name “hydraulic fracturing” seems to betray its violation of sacredness: we inject toxic chemical mixtures at high pressure deep into the ground in order to “fracture” the underlying rock and release natural gas. The visual resemblance of the fissures in shale to a bone fracture is striking. Unlike other forms of production that work with the natural malleability of the phenomenal world (tilling the soil, for example), fracking embodies the machinery of extraction of modern civilization that literally breaks the earth in its attempt to dominate and control nature. That hydraulic fracturing inherently involves qualities of domination and control indicates a core violation of sacredness and a connection to systems of patriarchy. Objections to fracking on these grounds are ultimately more powerful than objections that rely solely on listing environmental risks, which at best are conditional factors dependent on the variables in the fracking process. The former is a critique based on principle, whereas the latter questions only methodology14; the former acknowledges and affirms our interconnectedness with the earth, while the latter maintains the delusion of separation.

And yet such arguments do not enter the debate. One of the difficulties in bringing sacred outlook into discussions over industrial practices like hydraulic fracturing is that sacredness cannot be intellectually articulated in the same way that economic utility can. It must be a felt emotional connection to the earth, which is problematic in a scientific culture that delegitimizes the wisdom of subjective experience. “The sense of nature as sacred,” however, supports “feelings of caring and closeness to the environment,” a more powerful motivator for cultivating a healthy relationship with the earth and with one another than the mere numbers of environmental science.15

One could argue that fracking opponents who resort to economic externalities like water contamination do in fact care deeply about the harmful effects of the industry and merely use dry empirical statistics to make their arguments in a system unfriendly to other modes of reasoning. Within this framework, safer well walls would solve the problem. The trouble, however, is that such arguments are superficial and anthropocentric; safer well walls might reduce the risk of water contamination for human consumption, but this purely economic lens obfuscates the deeper, unseen effects of a culture of domination and resource extraction on the human psyche and on the earth itself.

While standard economics provides one useful lens for debate, we must recognize its limitations and explore other methods for evaluating the difficult questions of our time. Quantitative economic reasoning cannot be the only form of legitimate analysis, lest we succumb to Max Weber’s observation from Science as a Vocation: “The fate of our times is characterized by rationalization and intellectualization and, above all, by the ‘disenchantment of the world.’”16 Perhaps in rediscovering the sacredness of the phenomenal world—by savoring a sunset with wonder and gratitude—we can rekindle the enchantment that overly technical analyses have obscured.

Gabe Dayley is co-founder and editor of The Arrow Journal. He is pursuing a graduate degree in International Peace and Conflict Resolution at the School of International Service, American University in Washington, D.C.

This essay was originally published under the title “Moving Beyond the Language of Economic Utility”. 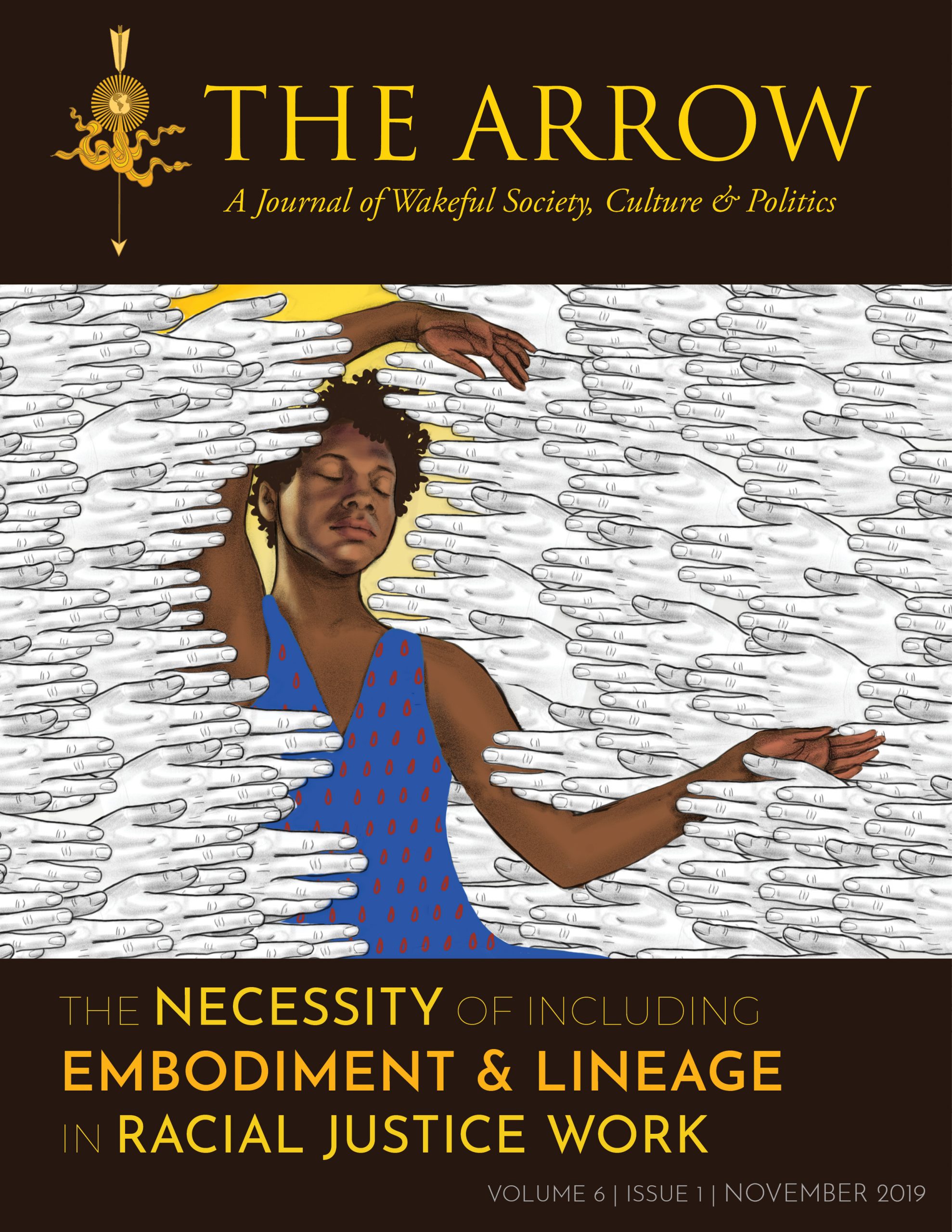